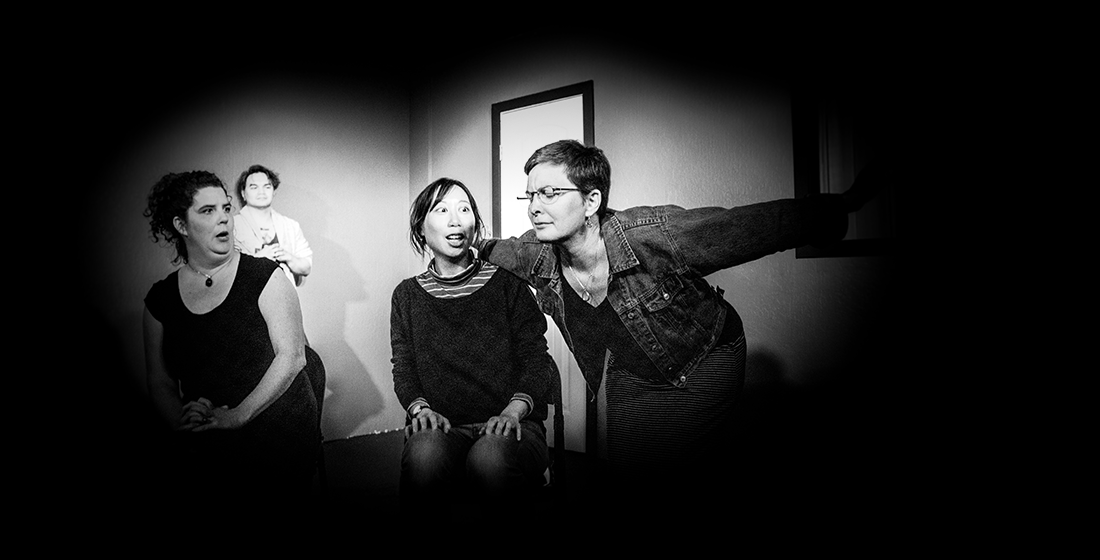 Level up your improv on a performance team

Reno Improv’s new House Team Program (HTP) is an educational program designed to combine the best elements of an improv class and a performance team.  This is a great option for improvisers who want to hone their craft with regular rehearsals, receive personalized feedback and coaching, gain experience performing with new people, and experiment with different forms.

HTP is a 6-month program in which you form a performance team under the guidance of an experienced coach.  Each running of the program (we call them “cohorts”) consists of an audition, a rehearsal period, and live performances.

Each HTP cohort begins with an open audition, which is conducted as an improv jam.  This is an opportunity for you to meet other performers, have some fun, and demonstrate your improv skills.  The coach will assemble the team from those who attended the audition.

The first 2 months of the program consist of weekly rehearsals.  During these rehearsals, your coach will offer their expertise and feedback as you take your first steps as a cohesive performing ensemble.  The rehearsal period is the perfect time to experiment with different forms (or create your own), try new things, and get that good group mind going.

After rehearsing together for 2 months, it’s time to take the stage!  During the final 4 months of the cohort, your team will perform live every other week, while still keeping to a weekly rehearsal schedule and receiving feedback from your coach.  This is your opportunity to really gel as a team and show our improv community what you can do!

HTP is a fixed-length commitment, but the fun doesn’t have to end just because your cohort did!  If you want to keep rehearsing and performing together as an independent team, by all means do.  If you want to audition for the next HTP cohort, that’s cool too!

HTP participants are expected to:

HTP coaches are expected to:

Dates and times are subject to change.